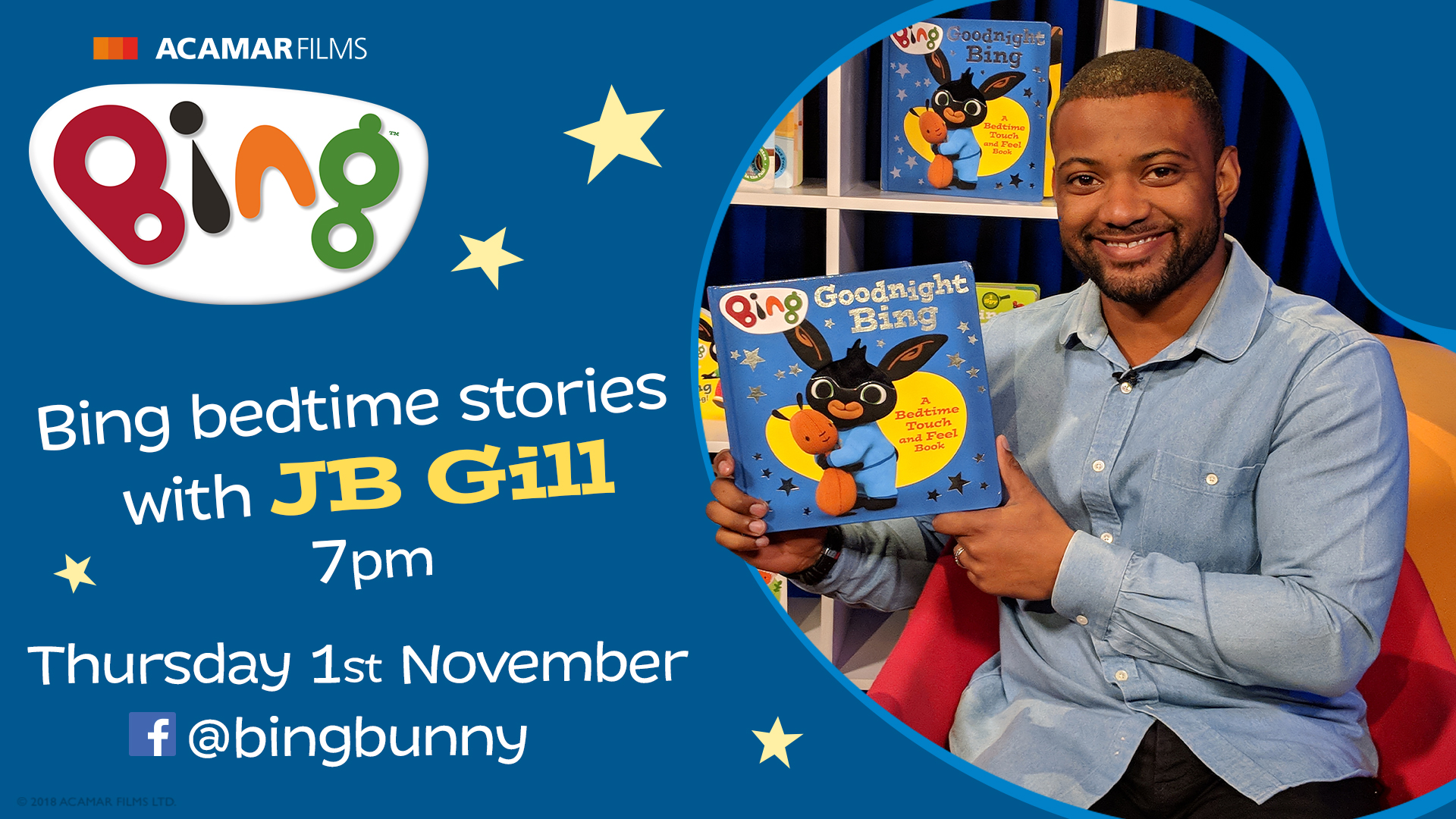 Acamar Films and HarperCollins have teamed up with celebrity parent and television presenter JB Gill to celebrate the launch of Goodnight Bing.

On 1st November 2018 at 7pm ‘Bing bedtime stories with JB Gill’ premiered on Facebook and is now available across the Bing YouTube and Instagram channels as well.  JB, who has a Bingster of his own, reads four Bing stories including Smoothie and Ducks from Bing’s Bedtime Stories compilation, and the stand alone title Hello Doggy!

This activity forms part of a wider Bath and Bedtime themed campaign which has been running since the beginning of October, supported by a press partnership between Acamar and Mother & Baby.  The Bing themed print and online advertorial runs until the end of November and suggests helpful tips along with product solutions for bedtime.

On 26th October 2018, ‘Clocks Go Back Survival Kits’ were sent to ten like-minded parenting influencers with a combined reach of 460,000 followers.  As well as Bing goodies – pyjamas, books, blankets and slipper socks – to help settle their little ones down for the night, partnerships with Spacemasks, Teapigs and This Works provided treats for the grown-ups to ensure they also get the best possible night’s sleep.

In addition, there were competitions and conversations across Bing social media around the ups and downs of getting bedtime ready.    New video content was also produced for the global Bing YouTube channel for little ones to listen to during story time.

The bath and bedtime theme is part of the overarching Big Stories, Little Moments campaign which celebrates joyful, messy, reality of preschool life. With the help of Bing, parents (and other caregivers, such as grandparents) are encouraged to share their experiences of the everyday moments and milestones with their little one, however good or bad, big or small.