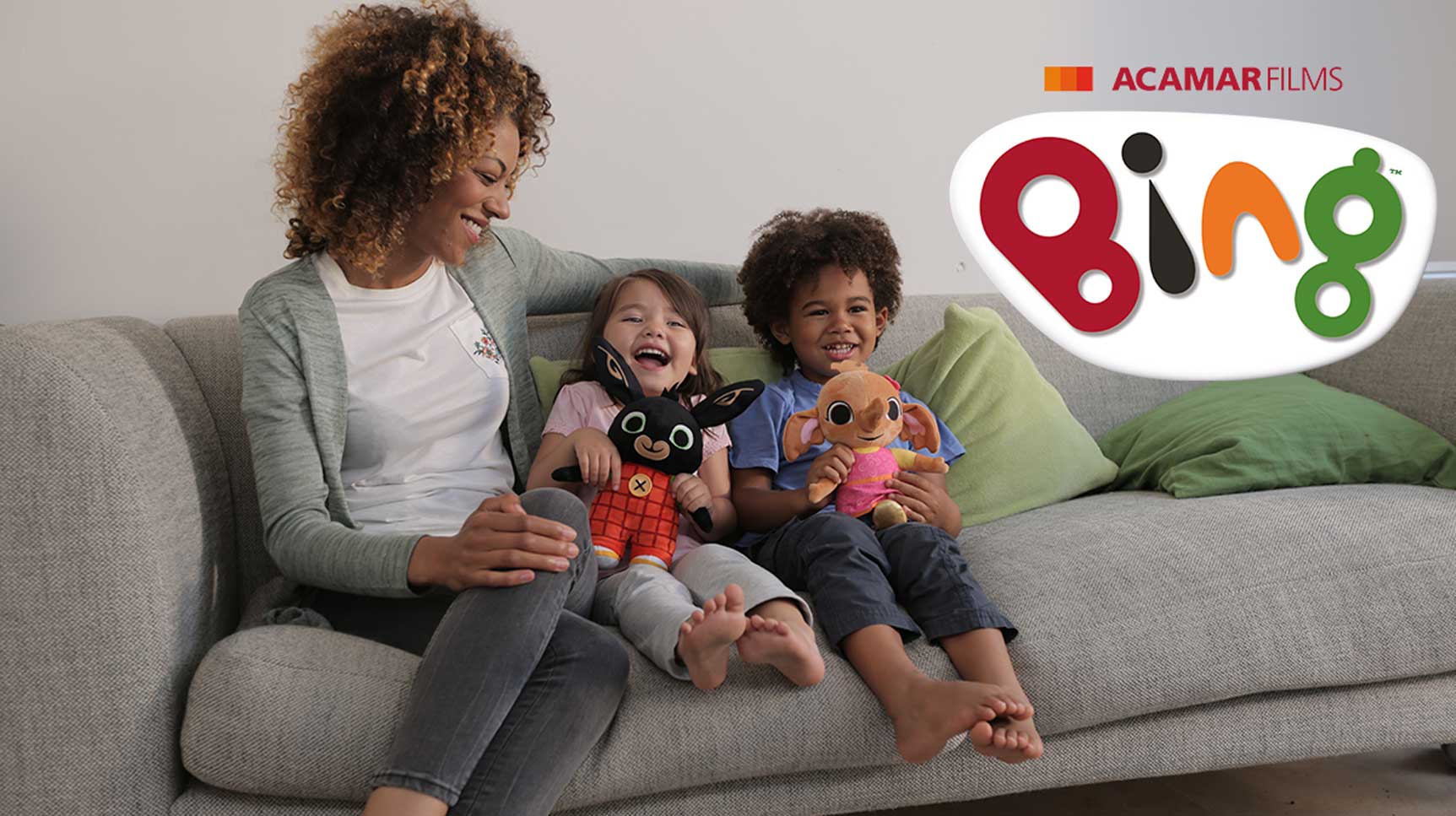 Golden Bear are looking forward to premiering the new additions to their range of toys for top preschool property Bing at London Toy Fair following a hugely successful launch in the UK, Italy, Poland, Netherlands, Norway and Malta in AW19.

July 2019 saw the UK launch of the new range following Golden Bear’s appointment as Master Toy for the Emmy award-winning pre-school show and it proved to be one of their fastest selling ranges in recent years.  ‘Even before our new brand TVC aired in September, there was a staggering demand for the new range from the moment the new soft toys, figurine packs and feature plush stock landed with our retailers’ said Barry Hughes managing director.

“Our retailers are delighted with the performance and our strategy going forward is to continue to bring out new skus both Spring/Summer and Autumn/Winter to keep innovating and inspiring Bing fans and their grown-ups across the globe’.

With broadcast licensed in 120 countries and over 1.37million global YouTube subscribers, Bing has a strong international footprint and the UK launch of the new CBeebies series on 31st October 2019 has firmly cemented its position as a top UK pre-school brand.  The new series also introduces new characters and locations which Golden Bear are looking to include in future development.

The stellar UK launch was mirrored in Italy with distributors Giochi Preziosi experiencing a very high rate of sale with 3 lines featuring in top 100 items (NPD October 2019 Total Toy Market Top 100) and Talking Bing #14 in November 2019 (NPD November 2019 Total Toy Market Top 100) supported by TV and digital marketing.  Poland were next to market in October with distributors Orbico launching in retail chain Smyk who reported a high demand for Bing and Sula soft toys.  Intertoys have also reported a strong start for the launch in the Benelux through Golden Bear’s partnership with Spectron and demand outstripped supply across both territories.

New territories launching in 2020 are confirmed as Iberia, Russia, Ukraine, Croatia, Hungary, Czech and there are also plans to launch in Greece, Australia, South Africa and the Middle East.

Back
Tweets by ‎@AcamarFilms
February 4, 2020

Bing and Flop have had lots of fun and a great start to the year with our licensees @GoldenBearToys,… t.co/a9cXldAhFb