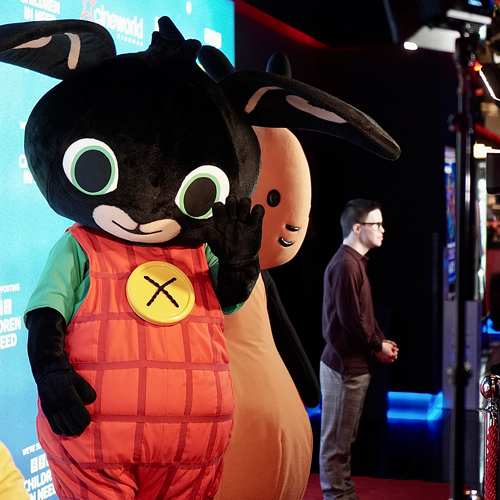 The premiere screening, held in support of BBC Children in Need, saw Bing and Flop join other CBeebies stars on the red carpet including cast members of this year’s production: Ben Cajee, Tyler Collins, Andy Day, Justin Fletcher and Maddie Moate. As special guests, Bing and Flop posed for photos, took part in the Fun in the Foyer activities and joined the on-stage introduction of the premiere screening. Attendees of the premiere were also given Bing goodies to take home including stickers and wearable cardboard Bing ears.

“It’s fantastic that Bing and Flop were able to be there to support the CBeebies panto premiere, to meet so many of their fans face to face. It’s a huge honour for us to be involved in what is fast becoming something of a festive tradition” said Mikael Shields, CEO Acamar Films.

The CBeebies Panto, Dick Whittington and His Cat is available for families to watch in cinemas across the UK from Saturday 3rd December. Tickets are on sale now at cbeebiespanto.com.

Recorded at the Congress Theatre in Eastbourne on 1st and 2nd October, Dick Whittington and His Cat is a unique take on the traditional pantomime bursting with catchy songs, festive fun, and a host of CBeebies stars. When Dick and his cat travel to London for the Lord Mayor’s Christmas parade they discover a trio of cheeky rats are intent on ruining everyone’s fun. Can they save the parade with the help of all their CBeebies Friends? Dick Whittington and His Cat features Tyler Collins, Cat Sandion, Maddie Moate, Evie Pickerill, Jennie Dale, Ben Cajee, Nigel Clarke, George Webster, Alex Phelps, Gemma Hunt, James Mackenzie, Joanna Adeyinka-Burford, Steven Kynman, Andy Day, Rebecca Keatley and Justin Fletcher. 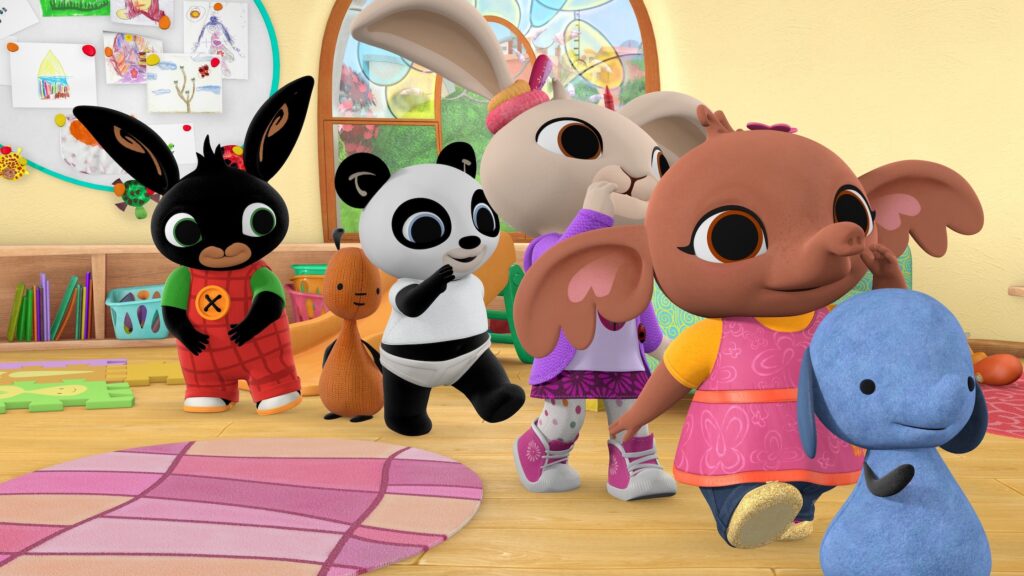