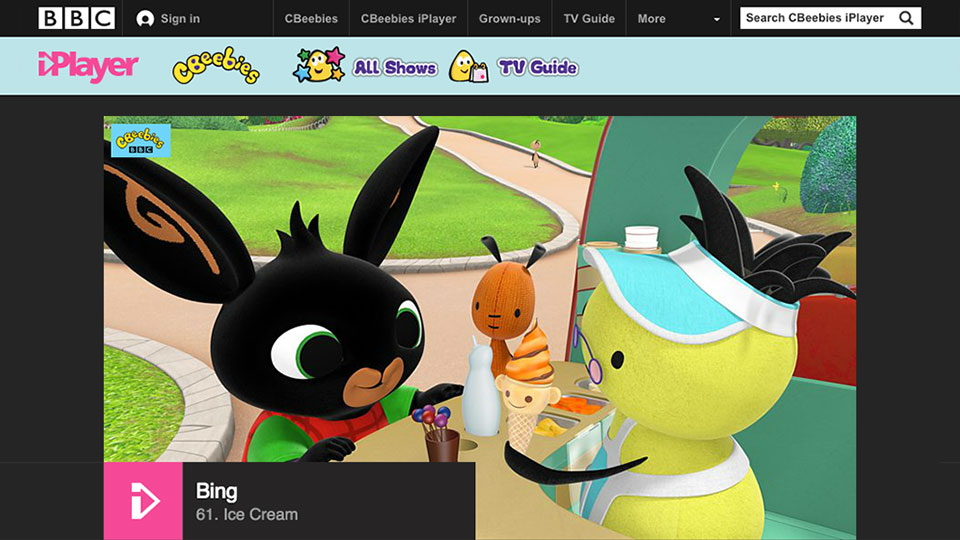 We speak to Acamar Films’ Bethan Garton about how Bing has soared in the preschool arena.

What were your big successes in 2015?

So far this year, we have had 81 million downloads on BBC’s iPlayer. Since our first DVD launched in March, we’ve had a further four releases and sold (to date) over 250,000 units which is phenomenal. We’re also delighted that Bing ranked as the number two new pre-school property in NPD 2015 and was number eight overall in NPD 2015. To top off a great year, Bing was recently nominated for an International Emmy Award, which we’re absolutely thrilled about.

And what are your big properties within the pre-school space for 2016?

Our biggest property will continue to be our award-winning Bing, which has been adapted for television from the insightful books by author and illustrator Ted Dewan. The series has continually topped the animation charts with its selection of episodes on the UK’s iTunes store.

What was the biggest change in the pre-school environment in 2015?

Rather than it being about brand new pre-school brands being launched, we saw the re-emergence of some major, much-loved heritage brands. It has been interesting to see how this has played out and to watch these brands create a new interpretation of their characters.

Just how competitive is the licensed pre-school sector at the moment? And what is the main challenge for you as a brand owner?

The pre-school environment is constantly competitive! It’s all about standing out from the crowd, and to do this, Bing really has managed to foster an ethos which families have responded to overwhelmingly positively. Our ongoing challenge and ambition is the creation of a timeless evergreen property that will still be here in 10 years’ time.

How is the retail environment for pre-school properties currently? Are retailers willing to take a risk on newer brands or is it hard to get a break with so many classic brands still performing so well?

The environment is definitely crowded. Retail is no longer a case of simply stocking shelves with desirable properties. We’ve seen Bing perform impressively in the retail environment across all categories launched to date – toys, books, DVDs, magazines, puzzles, etc. Consumers are becoming more aware – and that’s something we’ve been able to respond to.

Do you think that the consumer is more selective now as to what they will buy? What do you think they look for?

Yes, consumers are certainly savvier because they have so many options at their fingertips. People are constantly looking for good value for money – they’re very price-aware. Parents are also regularly looking for toys that enhance and add value to the time their children spend playing, rather than just entertaining them.

Is having a link with the parents vital? For example, older brands – such as Teletubbies and The Clangers – might have more resonance because parents watched them and played with the toys growing up?

Definitely. A link with parents doesn’t necessarily have to be a heritage link though. It’s all about finding an emotional connection. We are finding parents are resonating with what we’re putting out there, which has been fantastic to discover. Our Facebook engagement is a really strong indicator of this – we have more than 45,000 highly engaged followers who have helped us create a genuine community around Bing. We’ve been able to extend the touchpoints of this property far beyond the usual television series and it has grown organically to strengthen those ties to both parents and carers.

Do you see any major trends emerging for 2016?

I think we’re going to see a resurgence of retro toys in 2016, with a great deal of toys going back to basics. While technology is amazing, we’ve realised that paring back and simplifying can be a good thing, and it’s certainly something we’ll be bearing in mind as we approach 2016. We’re looking at materials like wood, and have long been focused on developing toys that inspire imagination and real-world interaction.

It would be great to see a bigger focus on family, and a gender-neutral environment for product. The industry has increasingly been engaging with this issue – we’ve seen big changes like the Let Toys Be Toys campaign and Toys R Us dropping gender filters on their UK site – and it will only gain momentum in the coming months. With Bing we’ve found that it is both gender and ‘generation’ neutral, with the entire family able to engage on some level with the storylines. This is a major strength – and something we’re keen to foster.