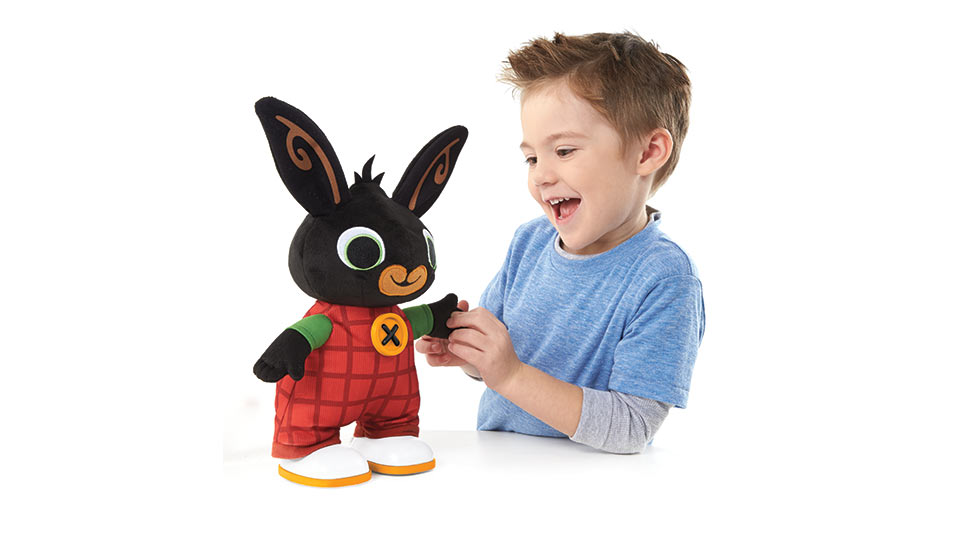 HTI Group, Dreamtex, Blueprint, Spearmark, TDP Aykroyds, Roy Lowes and TVM Fashion Lab have all come on board, joining the hand-picked select group of companies already taking Bing to a children beyond the TV screen. Partners to date include: HarperCollins for publishing; Egmont for Magazines; Immediate Media for CBeebies Magazines; Ravensburger for games; Woodmansterne for greeting cards; Rainbow Productions for Bing and Flop character costumes; Studiocanal for home entertainment; and Fisher-Price for carefully crafted toys.

Bethan Garton, Head of Licensing at Acamar Films says: “We are excited to be creating more ways in which Bingsters can connect with Bing and his friends beyond their screens, and we’re thrilled to be rolling out our licensing program in 2016 with such great partners on board.”

Produced by independent studio Acamar Films and Dublin-based partners Brown Bag Films, Bing has seen extraordinary success. Bing has consistently topped the animation charts with its selection of episodes on the UK’s iTunes store and has had a remarkable 81 million downloads since launch on the BBC’s iPlayer. The Bing DVDs have sold a chart-topping 250,000 units in less than one year, highlighting the show’s unique appeal and resonance with an ever-growing audience of both pre-school children and the grown-ups in their lives.

Bing has been adapted for television from the insightful books by award-winning author and illustrator, Ted Dewan. The series has been meticulously developed by a hand-picked team at Acamar in partnership with leading Irish animation studio Brown Bag Films.

Celebrating the noisy, joyful, messy reality of everyday life when you’re a pre-schooler, Bing stories are small but they are full of drama; micro-dramas depicting everyday events that all young children and the grown-ups in their lives will recognise. Just when Bing thinks he’s got the hang of life, it can swing right back and knock him over. But it’s okay – as Bing’s companion and carer Flop says: “Never mind, Bing. It’s no big thing!”

Acamar Films was founded in 2005 to create and produce film and television projects to “delight audiences worldwide”. Its CEO Mikael Shields has over 25 years’ experience and an international reputation for identifying, developing, financing and producing a wide range of hit film and television projects including Nick Park’s Oscar and BAFTA winning Wallace & Gromit, Aardman’s Rex The Runt, Candy Guard’s Pond Life, Pingu, Noddy, BAFTA winner Hilltop Hospital and Flatworld. Prior to co-founding Acamar he has held senior management positions at the BBC, EVA Entertainment, Pearson, Atom Films and Ealing Studios.